Moral theology of the Roman Catholic Church in the balance

It was a ‘red alert’ last week. Pope Francis removed Daniel Fernández Torres, a bishop from Puerto Rico, from office, without trial. The bishop was known as a skilled administrator with traditional views on man and woman, homosexuality, transgenderism, and female priests. He also opposed mandatory vaccination.

Torres’ resignation is not an isolated incident. It is a symptom of a particularly serious development in the Roman Catholic Church: traditional morality is in doubt. On Tuesday, Australian Cardinal Pell called on the Vatican to take action against two bishops who openly oppose the church’s teachings, but whether his lonely voice will be heard, remains to be seen. In the meantime a memo is circulating at the Vatican, which describes the administrative and financial policies of Francis, amongst other, as “catastrophic”.

Persecution orthodoxy
There is a systematic discrimination against Orthodox Christians in the Roman Catholic Church worldwide. Fortunately, the Netherlands is a relative exception to this, mainly thanks to the leadership of the current Archbishop of Utrecht and his predecessor. Under Francis, countless traditional priests and now also a bishop have been suspended, precisely because they stood up for orthodox praxis. The traditional Mass has also been restricted in recent months. Clergy who deny the teachings of the Church, and those who practice the most bizarre Eucharistic celebrations, seem to have free rein under Francis.

Morality in doubt
Despite the occasional outward chaos and determinate vagueness, there is method to the madness. The current pope has spent years systematically undermining Catholic the tennets of traditional moral theology. From the beginning of his pontificate, he has made it clear that he believes that all people are saved, even if they do not believe in God or live in sin.  This propositional conviction logically calls for a different approach to ethics than the Church has practiced over the centuries. Francis made his intentions clearin his encyclical Amoris Laetitia (Joy of Love, 2015). This strategic document broke with the traditional view that people who live together in sin should be prevented from participating in Mass.

Later, the pope openly put  his money where his mouth was by warmly receiving president of Argentina and his mistress and allowing them to take Communion after a personal audience. Both Francis and the bishop who celebrated the Eucharist on that occasion were fully aware. It was widely known that the president lived in an adulterous relationship and is in favor of abortion. Joe Biden and Nancy Pelosi were also warmly welcomed, despite their transgender and abortion policies. In doing so, the pope gave a nonverbal message: you can be a catholic, even if you do not believe the traditional ethics of the church or happen to promote the very opposite in society.

Warm receptions at the Vatican are not for everyone, however. These stand in stark contrast to Francis’s refusal to meet four cardinals who dared to express official doubts (dubia) about his policy document Amoris Laetitia. The ‘dubia cardinals’ have been waiting in vain for years now for an audience or an answer. At least Cardinal Burke and Brandmüller still do, but Meisner and Caffara have since died.

Cleansing
Francis’ academic policy also shows which way the wind blows. This became increasingly clear from 2015 with the dismantling of the Franciscan seminary in Rome, one of the few Roman Catholic schools that believed in the reliability of the Bible and creation in genesis as prescribed by the Pontifical Bible Commission 1909. Moreover, Francis further undermined the morality of the church by dismissing Bible-believing ethicists and closing or purifying the university institutions that advocated the old morals. In Australia, the Pope John II Institute for Marriage and Family was closed down, and with it the last academic mouthpiece for traditional ethics in that country. The pontifical academy for life in Rome, internationally known for its pro-life views, underwent a rigorous purge in which traditional theologians of fame were ruthlessly removed and replaced by scholars with liberal views, quite at odds with the traditional teachings of the church.  Jeffrey Sachs, who fought against population growth with contraceptives and abortion, was rewarded by Pope Francis with an appointment at the pontifical academy in Rome. At papal conferences he is a mentor for young “changemakers”.

Pope Francis also organized various ‘synods’ in also carefully selected laypeople took part. These meetings were supposedly intended to listen to the Church and its members. But in practice these turned out to be carefully orchestrated. The participation of traditional Christians was prevented as much as possible and as a rule the conclusions of the ‘consultation’ had already been drawn up in advance by Francis’s staff. In the unlikely event that the meeting did not advise as the Pope intended, as in the case of the Synod for the Family, the final document was simply brought into line with the desired outcome. Moreover, these synods took place in a context where Francis was accused of negligence and the church was sued for billions and government reports in numerous countries drew attention to clerical abuse of children. In the vast majority of cases (in America the percentage was eighty percent)  these concerned underage boys and homosexual offenders. In 2018 Dutch Bishop Rob Mutsaerts declined his invitation to the Pontifical Synod on Youth in those circumstances. Bishop Chaput of Philadelphia unsuccessfully pleaded with the Pope in a letter to cancel the upcoming Youth Synod because the bishops have “absolutely no credibility” left to speak on the subject. In this he was supported by young Catholics such as Julia Meloni, who explained in detail why she no longer trusted the pope and his bishops.

Personnel policy
Francis’s human resources policy shows how he practically enforces his liberalization on the Roman Catholic Church. Various papal ministries in Rome (congregations) have been unrecognisably changed as a result of this. At the ministry that oversees the teachings of the church, the Congregation for the Doctrin of the Faith, several orthodox priests were dismissed, despite protests by Cardinal Müller (head of the congregation/ministry). Müller had been appointed under the previous pope (Benedict) and eventually waited in vain for his own customary reappointment. The conservative Cardinal Sarah had to watch with sorrow how Francis removed almost all traditional kindred spirits from his ministry of worship. In the end, Sarah’s contract was also not renewed. The picture that emerges is certainly not that of benevolent well wisher of all men, but of someone who is harsh, even dictatorial, if people are perceived to onstruct his liberal agenda.

Rising star under the current pope is Jean-Claude Hollerich from Luxembourg. He became archbishop of Luxembourg in 2011 and was made a cardinal by Francis in 2019; the umpteenth in an unprecedented series of appointments that ensured a majority in the electoral college, to safeguard the future of Francis’s liberal policies.

The church order states that someone may only be appointed a cardinal if one is “truly outstanding in doctrine, ethics, and personal piety” (Canon 351, §1).  Under Francis, it seems that particularly people who do not meet these requirements are eligible for ecclesiastical promotion. That reflects in the present pope’s rise to power. Francis was elected after an active lobby of left-wing prelates guilty of serious sexual offenses, such as Cardinal Theodore McCarrick, or of covering them up, such as Cardinal Godfried Daneels.

The top of the church was almost fully aware of the misconduct of these bishops, but instead of censorship, they were given honorary positions. Daneels was prominently present at the installation of Francis and, despite covering for a bishop who practiced homosexual child abuse and even threatening the victim, this Belgian cardinal was allowed to  play an important role in the synod for the family, of all places!

Instead of reporting McCarrick to the police, Francis promoted him to Vatican envoy to China. As a result, traditional Catholics were handed over to the communist government, despite cries for help from the Archbishop of Hong Kong. The fact that Francis did not want to meet that bishop afterwards either, indicates a pattern. Only when the secular judge intervened and the Pope could not do otherwise, McCarrick had to resign his positions.

Francis’ right-hand man, Cardinal Becciu, eventually also had to leave the field, but only after the pope  had protected him for years. Curiously, Cardinal Pell, who exposed the financial crimes Becciu was involved in and responsible for, was suddenly charged with child molestation in Australia. He was convicted innocently by the authorities, while one of the judges filed a minority verdict, because it was clear from the outset that it was a physical imposibility that Pell had committed the crimes he was accused of. At the time, Becciu transferred two million dollars to a still unknown destination in Australia and fired the auditors who investigated the Vatican bank’s malpractice. Pell was completely acquitted on appeal after a year in prison. Unlike Bishop Zanchetta of Argentina, who had to go to prison in March 2022 for proven sexual abuse. Like McCarrick, he too was protected by Francis until this was no longer sustainable.

Ally ethics in danger of disappearing
A grim picture emerges. The Roman Catholic Church no longer seems a safe place for traditional christian ethics. If the abuse scandals were not yet an indication, its financial malpractice, cover-ups and association with those who undermine the moral teachings of the church send out a disturbing message. In the teaching department uncertainty or denial of traditional values reigns. There is a seemingly chaotic vagueness that characterizes Francis’ pontificate and his human resources policy shows one consistent rule: traditional views do not contribute to promotion.

All this does not bode well for believers who are committed to the morality of Apostolic Christianity. One of the constant international bastions of traditional marriage and family formation, the Vatican, is presently at great risk.

In the coming years, Francis wants to further question the doctrine and mores of the church through a synodal way. This time it is a consultation that is organized per diocese, which should then lead to international results. At the head of this consultation, the Pope appointed the aforementioned Jean-Claude Hollerich . That does not bode well, because Hollerich has openly said that the moral values of he church are outdated and require change. A selection of his views show that he does not believe in traditional Christian ethics: homosexual behavior is fine with him and female priests should have been there a long time ago. The first ‘results’ of Hollerich’s project, the synodal road in Germany are fully in line with these values.

Testcase
Cardinal Pell’s call for Francis to act against two bishops who openly deny the church’s teachings is a test case. An orthodox bisshop is dismissed for views that are fully in line with the faith. Hollerich and Marx publicly deny the teachings of the Church and seem fine. It’s the Catholicism upside-down. Very different standards seem to apply here. Woe to those who call evil good and good evil (cf. Isaiah 5:20). A bishop who for reasons of conscience or to uphold human rights sake, goes against Francis’s compusory vaccination agenda, is immediately fired. But bishops who break their oaths of office are still there. They should at least be suspended, shouldn’t they?

Is the Pope’s personal will then the measure of all things? Cardinal Pell has offered Pope Francis an excellent opportunity to dispel this impression. 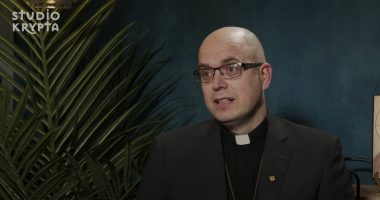 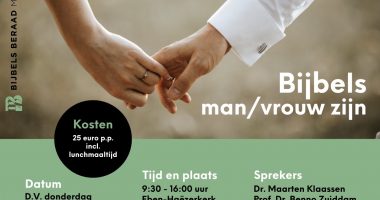 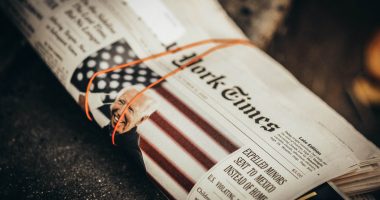 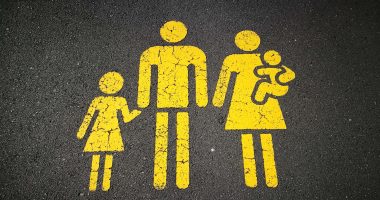